Brigands and Barbarians HD is the RPG that bring dragons, treasure, and old-school adventure to your iPad! Choose from avatars including Barbarian, Brigands, Archer, Wizard, Thor, Mystic Princess, or Sorceress. Defeat the evil goblins, elementals, and dragons as you cleanse the lands of Charedon of their evil stench!

This is my vision of Pen and Paper RPGs transformed to an iPad inspired by classic games like Ultima ][ and Wizardy. The app contains beautiful Cartography and features some excellent maps, including a world map by Ascension and a dungeon by Marc Gilbert. I hope you enjoy playing it, it is my way of still getting a chance to be a game master. Just wanted to drop this update to let you know that I have still been updating the iPad version of Brigands and Barbarians HD. The latest updates include great Cartography from fantasy artist Kristian Richards and new music tracks from Daniel Falk. 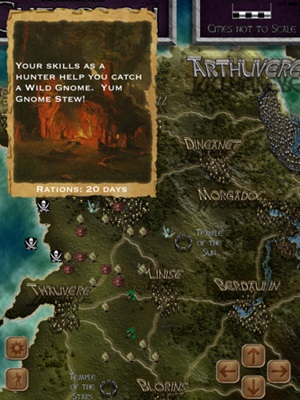 Boom Aliens have landed!!! New Game Play!!! Unlock the ancient secrets... Contains two amazing insights into the artwork of the ancient Mayans! Chill with the relaxing glyphs and soundtrack, as you contemplate the universe... App may have been purchased by an actual Mayan descendant... 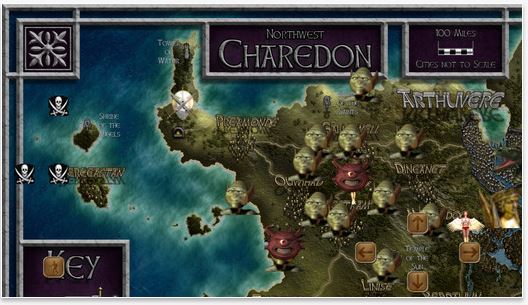 Brigands and Barbarians is the RPG that let's you tap your way to treasure and old-school adventure! Choose from four avatars including Barbarians, Brigands, Archer, and Sorceress. Defeat the evil goblins and dragons as you cleanse the lands of Charedon of their evil stench!